The Ram Rebel has been released a little over a year ago and while it may not be the most powerful truck out there, it certainly managed to catch our attention thanks to all the improvements Ram did to its running gear and chassis. However, despite that, the truck only came with a rather unappealing base engine and options made it quite expensive. A few months ago they released the 2016 Ram Rebel X Concept which is a showcase model in order to reveal most of the plans Ram has for the Rebel.

With this concept they want to release on the market a lot of new parts as well as improvements that should make the Rebel not only a more enjoyable truck but also a worthy competitor for the Raptor or the upcoming Titan Warrior.

Under the Hood & Specs

Engine wise, the 2016 Ram Rebel X Concept is using the 5.7 liter naturally aspirated V8 Hemi and not the usual base V6. This means that the engine upgrades will most likely only be available for the larger engine. These will include a new cold-air intake, a cat-back exhaust system with new tips as well as a RamAir duct which will improve the air-feed to the engine at higher speeds. These should up the output of the V8 to more than 400 horsepower and 410 lb-ft of torque which will make it quite close to the Raptor.

An 8 speed automatic will be the choice here but a lesser 6 speed unit could also be used depending on the base model that will be used for the conversion. Unfortunately, this package doesn’t really add any towing or carrying capabilities over the base model so for those looking to improve the truck in these areas, they would be better off with a larger model.

In terms of exterior design, the Ram Rebel X does come with quite a few upgrades over the base model. While it still shares the same new grille as the Rebel, the truck now adds all new 17 inch bead-lock rims wrapped in 35 inch Toyo off-road tires. Also, the Rebel X is said to use an all new air-suspension system which will likely be able to lift or descend the truck as needed, so it should provide better fuel efficiency on the highway while still allowing it to get past pretty much any type of obstacle.

The sides received similar fender flares to those found on the Power Wagon while both the front and mid-sections of the truck received heavy duty skid plates.

Inside the cabin, the Ram Rebel X Concept comes with a nearly identical interior to that found in the usual Rebel but the concept also sports better leather upholstery as well as copper-colored stitching which contrasts with the copper-exterior color. The steering wheel features the same type of stitching which really sets it apart from the rest.

Unfortunately, these new seats and upholstery are not going to be available which will make the limited series of trucks really valuable in the long run. 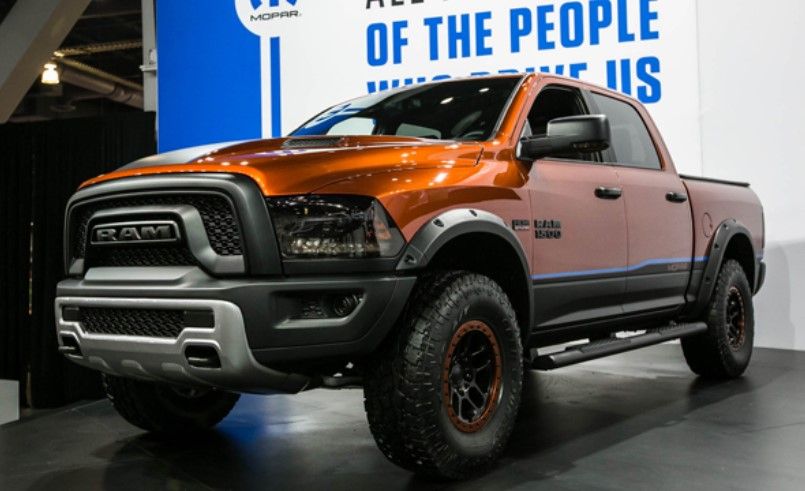 The price or release date are unknown at this point in time but considering this is meant to be more of a show car, we do not really expect it to be released on the market in this particular form. However, we do expect most of the parts fitted to it to be available from Ram’s part catalog which will allow people to customize their Rebel at their own liking without having to dismiss the warranty or the services provided by Ram.

All of these should be available starting with the later part of this year while a special model bearing most of the upgrades found in that catalog should be made available for a limited amount of time as well.