BMW’s only true super-car was the original M1 which was made back in the 1970s for only a few years. Because only 453 cars were sold, BMW decided to cease the production of that model and never look back. However, now when manufacturers such as Audi or Lamborghini proved that super-cars don’t have to be the fastest out there to sell, BMW is very likely going to take another swing at the super-car market and release an all new car to compete with Audi’s R8 and Lamborghini’s Huracan.

The future 2016 BMW M8 is expected to be released some time at the end of the year as a concept and closer to 2018 as a production model. 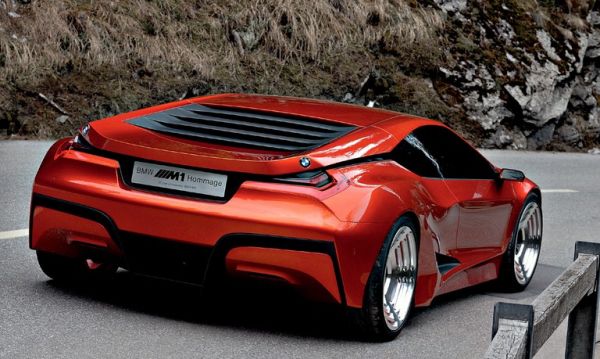 While there have been many rumors about the car, so far it is safe to assume that the production model of the M8 will share its carbon fiber tub with the now-current hybrid i8. However, while the chassis will be the same, the running gear, engines and even the interior and exterior design are all going to be completely different.

Design wise, the 2016 BMW M8 is definitely going to get some of the design cues of the original M1. However, while the two will share some traits, the M8 will feature a much more modern design with a more aerodynamic body that will help the car provide more downforce. Also, most of its body are going to be made out of carbon fiber while the windows should use a new type of material in order to be more durable and lighter.

This means that the production M8 could weigh less than 3,000 pounds which would make it a really interesting car.

Inside the cabin, the M8’s design is going to be quite a bit more different than that of the i8. For starters, the car will get two highly supportive seats that are likely going to be provided by Recaro. On top of that, it will get the usual M-steering wheel as well as a rather minimalistic dashboard in order to allow the driver to focus on the driving of the car rather than on the actual features found inside the cabin.

Engine wise, the 2016 BMW M8 is expected to hit the market with two different powertrains. The base model is likely going to feature a 3 liter twin-turbocharged inline 6 petrol engine which should provide north of 400 horsepower and 400 lb-ft of torque. This will be more than enough to allow it to compete with the R8 V8 and the base Porsche 911 with the added benefit of having more torque than the two.

The top end model on the other hand has been rumored to feature the same engine as the base model but with two additional electric motors, one in each rear wheel.

This means that both cars will be rear wheel drive only and both of them will get a rather impressive torque vectoring system. The only transmission of choice will likely be a dual-clutch automatic which will allow the M8 to get to 60 MPH in around 4 seconds and up to a top speed of around 190 MPH while the hybrid version could hit 60 MPH in less than 3 seconds and hit a top speed higher than 200 MPH.

The car’s price is still undefined at this point but considering its main competitors, BMW will likely launch the M8 at a price between $150,000 for a base model and up to $250,000 or more for its top end versions.

The two will be very similar in terms of interior and exterior design but the engines will different vastly from each other.