Home
TIPS
Skoolie Homes – Everything you Need to Know

In today’s world, full of do-it-yourself projects, it often shows not only the skill of crafting certain items, but also the style. Be it minimalist or full of different elements, old-fashioned or modern, a lot of love, effort and dedication has been put into traveling homes.

The result of this effort characterizes the Skoolie movement in the United States. Fans of camper vans often buy old and simple school buses, then turn them into a living space of about 20 square meters.

After removing the seats, the owners of these buses decorate the interior with their needs and desires – from the hippie-decorated to the very luxurious interior.

More and more people are joining the movement, and the occupants of these vehicles often share their experiences online. We bring you a story about this in this article.

How Much Does a Retired School Bus Cost? 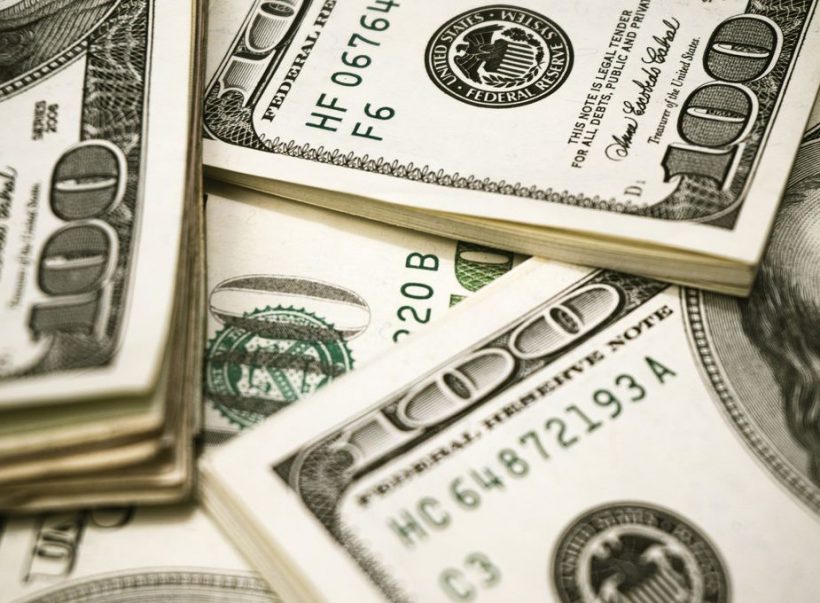 The good news is, the price is not as big as you might think. For a few thousand dollars you can find the model you need and can give you a large enough space for a comfortable life.

Before making a purchase, pay attention to details such as the mileage he has traveled, how he has been maintained, whether it has ever been involved in a collision and the like. All the same as you would ask when buying a used car. Pay attention to the rust too. If you just notice somewhere, it is not a cause for concern, but if you see more places with rust, you better skip that one and look for others in advertisements.

After that you will have to invest more money and time and turn it into a living space.

How Much Does it Cost to convert a Bus into a Home?

The cost of DIY skoolie with all the home comforts including a kitchen and bathroom is over twenty thousand dollars.

The more you know to do by yourself, the less the price will, of course, be. It also depends on the materials you use. If it is important for you to save money, you can buy used furniture, kitchen appliances and the like.

The price is influenced by the size as well as your desire and need for luxury. Skoolie Livin can give you the necessary ideas on how to arrange the kitchen, which is known to be the biggest problem during bus remodeling.

Also note that this is a vehicle after all and that there will be common costs for the vehicle, such as tire replacement, engine maintenance, etc. 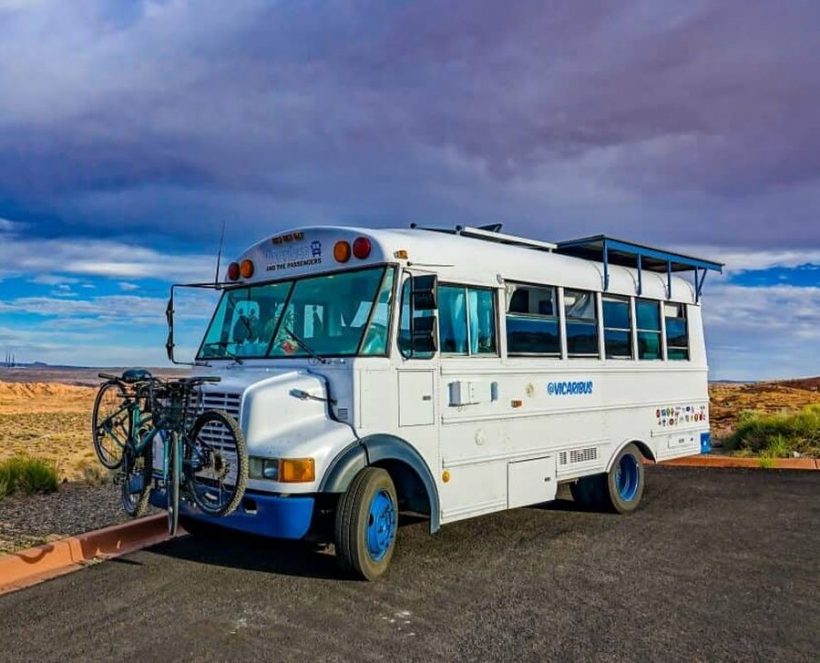 It is possible to buy partially converted skoolie. This can save you a lot of time because you won’t have to do everything from scratch.

Since you don’t have to do basic work such as removing the bus seats and the like, you can only focus on remodeling, decorating and customizing.

Partial conversions are usually sold as campers without bathrooms and kitchens.
It costs a little more, about ten thousand dollars, but it usually pays off.

This is also very important. Inquire and check the laws and regulations in the country where you live. You’ll probably need a C license, so if you don’t have one, take the driver’s exam on time, before you buy it.

You won’t like it if you have to wait, just for the sake of it. Also gain experience to keep the ride safe for you and others. Don’t forget that this is significantly different from driving the car.

We will also present some of the most beautiful Skoolie projects. 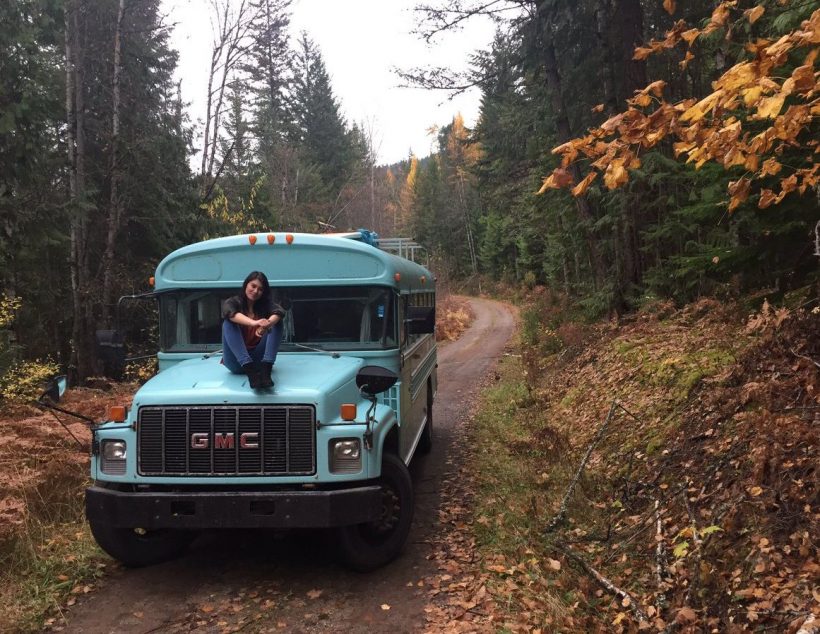 One of the most beautiful projects comes from California; it is the 2001 school GMC BlueBird. Rebuilding this bus took just over six months and cost just over five thousand dollars. Behind the front door is a sofa, and across from it is a workspace with two computers that use solely solar energy.

In the middle of the vehicle is a kitchen that also uses solar energy, with the addition of propane, which is used to heat water and hotplates. Behind the kitchen is a small but functional bedroom with a double bed for residents and drivers of this bus.

Across from the bedroom is a small bathroom, and at the very end of the vehicle they placed a pantry! To put everything on the bus and reduce costs, the furniture on this bus is foldable, with separate drawers for storing monitors, microwaves and small electrical appliances while the bus is running.

While school buses are being purchased in the United States, this is also being done in other parts of the world. An Israeli couple have decided to buy a MAN NL262F from scrap, which it previously drove in the streets of Tel Aviv. Although not in running order, this bus is minimalistically equipped and converted into a fully functional apartment for two people.

The kitchen elements follow the landing on the right side of the vehicle, while across from them is a dining table with two wide armchairs. A luxurious bathroom and closet were erected between the former middle door and the rear axle. In the rear is a bedroom, which spans the entire width of the bus. According to the owners, the bus was made because of problems with finding apartments in Israel so that they do not doubt that they will find a buyer for a vehicle that is cheaper than a flat of the same square footage. 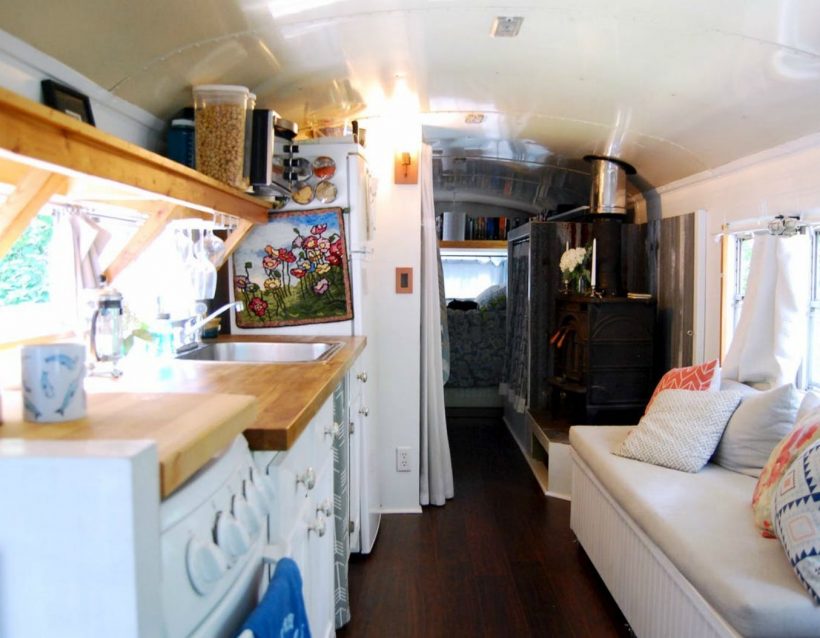 That the redesigned buses are not just for couples, is shown by a six-member American family that bought the 1997 GMC BlueBird and has traveled to almost all of the US and Canada, including Alaska, Puerto Rico and Cuba. They are a married couple with four children and their mother, besides blogging and photographing adventures, uses travel to teach children, the oldest of whom has already graduated from high school and the youngest daughter is just starting elementary school.

To make room for everyone, the family had to sacrifice a bathroom and a kitchen so that they would eat at various restaurants along the way, and maintain personal hygiene at various rest areas, made specifically for campers. Next to the front door is a shoe closet because no one is allowed to walk on the shining white floor with their shoes on.

Behind this door are two sofas and shelves that they use for various purposes. There are six beds in the back of the bus whose layout is reminiscent of the letter U. This wheeled house has air conditioning, but the heating requires the engine to be turned on, which is why this family does not travel in the winter. However, they tour the entire continent so that they go to warmer regions in winter.

If you love this lifestyle and have enough money and don’t hate to spend time and effort in this whole project, then this is ideal for you. You will see, it will pay off when you wake up in your house every morning and in a different location!

Most of the assets we own tend to hold on their resale value as time goes on, but it would …

Motorcycle riding is fun; from the cool breeze that hits you to the thrill and the adrenaline that comes from …

Are you a bike lover, and have been eyeing the Bajaj Dominar 400 and 250 series for quite some time …