Not too long ago GM updated the GMC Sierra 1500 and the Chevrolet Silverado with updated exteriors, improved interior materials and a lot more features. However, the larger trucks such as the 2500 or the 3500 have been left unchanged but this is about to change quite soon as camouflaged versions of the two have been spied testing ever since the mid of 2015.

The most expected model from these is likely the upcoming 2017 GMC Sierra Denali 3500HD, the heavy-duty version of the Sierra which will come with all the commodities of a true luxury sedan.

The current version of the truck, the 2016 model, comes with quite a few features from the newer generation of the trucks and a very similar style. However, it also lacks some safety features, its engines are still lagging behind some of its competitors and the exterior is going to go through a further refinement in order to make it able to compete with Ford’s latest luxury offering which is better and cheaper than ever before. 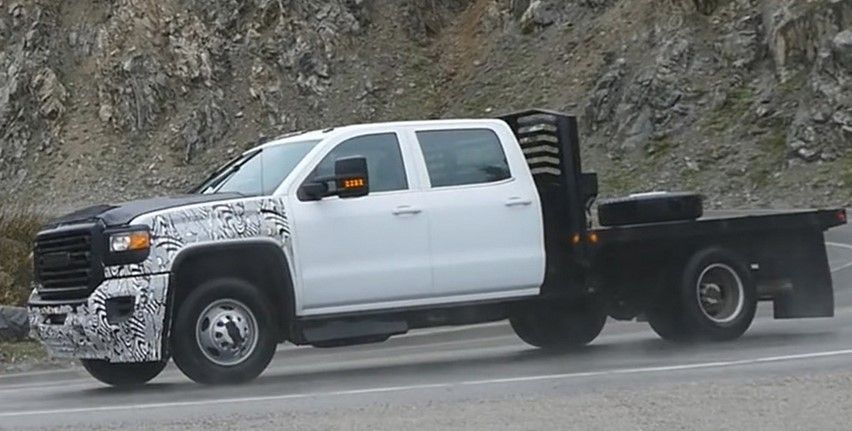 Refreshed Design – Inside & Outside look

While Ford did updated their entire Super Duty lineup with new everything, the 2017 GMC Sierra Denali 3500HD will still run on the same chassis as before and the truck’s running gear and engines are likely going to be carried over from the ongoing model.

This is because GM hasn’t finished the development of the new generation which is still at least four years away meaning that Ford might get a huge lead over it. We do truly hope that the Denali will be more than enough to stop this as it will come with one of the best equipped interior among any other trucks out there.

Things such as a full leather upholstery, heated seats with electric controls, an electric steering column, a 7 inch infotainment and navigation unit as well as aluminum and wood inserts are all going to be offered on the base model. Options will include a larger screen for the infotainment system, a 4G LTE system with Wi-Fi, ventilated seats as well as privacy windows.

Over the current model, which still looks quite fresh, the new Denali is likely going to receive a new pair of headlights with LED lamps as standard, a new bumper that will give it a better drag coefficient as well as slightly different additions such as new rims and mirrors and likely more exterior colors but that should be pretty much all.

Even though Ford didn’t too anything to their current engine lineup, GMC is likely going to go a step further and improve their two engines for the heavy duty trucks. This doesn’t really mean massive power outputs or new powertrains but instead we are likely going to see the same two engines as before with improved efficiency and maybe slightly more power.

The base version of the 2017 GMC Sierra Denali 3500HD will be available with a 6 liter naturally aspirated V6 with closer to 380 horsepower and over 400 lb-ft of torque while the sought after option will remain the 6.6 liter turbocharged Duramax V8 diesel.

This time around we expect GM to give it a major revision in order to be able to compete with Ford’s and Chrysler’s offerings, so we expect from the new Duramax at least 440 horsepower and over 800 lb-ft of torque, output which should allow for a maximum towing rating of more than 25,000 pounds, a nearly 10% improvement over the 2016 truck. 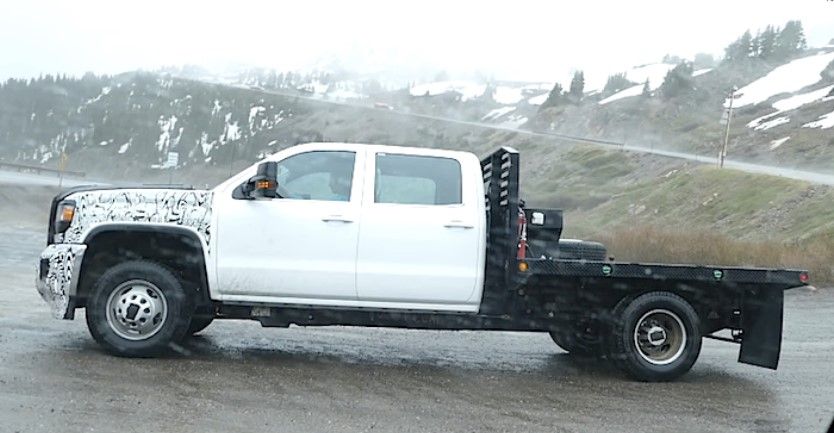 In order to compete with it, GMC will likely release the new Denali some time in the fall of this year and its price should stay similar to that of the current model, so don’t expect it to go past $60,000 for a base version.