Mitsubishi released very few new models in the last few years and this hurt their sales more than they expected. In order to get some of their customers back, not too long ago they released the 2017 Mitsubishi Outlander PHEV at the New York Auto Show after many delays which made some of their original customers turn to other brands.

The new model is nothing more than just a mild refresh and the PHEV badge means that this time around the car comes with a new hybrid powertrain. However, this also means that the old platform and rather inefficient engine are still in use and the actual design of the car’s interior and exterior is unchanged which is a problem considering that at its price point there are a lot of cars that are usually more interesting than it.

To make matters worse, the 2017 Mitsubishi Outlander PHEV is one of the worst driving crossovers and one of the most unrefined currently on the market and the hybrid version will be no different. In fact, the hybrid version of the car will lose two of the seven available seats due to its batteries being installed under the boot floor. On top of that, the car will be nearly 450 pounds heavier which also means that it will ride quite a bit worse than the original which was not that great to start with.

All of these will certainly make the Outlander a tough sell but luckily it also has a few strong features which will certainly appeal to some people despite its obvious shortcomings and the subdued look of the exterior will definitely make some people love the car as it doesn’t really stand out too much in a crowd, a point which has been disregarded by many manufacturers so far.

The biggest strong point of the car and probably the one that will make it sell best is the engine. While it is not really the most powerful car out there with a combined output of around 120 horsepower and 250 lb-ft of torque, the Outlander makes ground with its fuel efficiency. The car is using a 2 liter naturally aspirated mill with 119 horsepower as well as one electric motor on each axle which push out up to 60 horsepower and 245 lb-ft of torque.

There is also a large 12 kWh battery pack which will provide up to 25 miles of all electric range, so the 2017 Mitsubishi Outlander PHEV might become one of the most fuel efficient vehicles on the market if used on short to medium distances.

The best part about the hybrid drivetrain is that the car will be able to run in all electric mode, with the petrol engine running as a generator or with both systems at once which will improve performance greatly. In any case, the all wheel drive system will be standard and when used as a generator, the petrol engine should offer more than 40 MPG on average, a great figure for a crossover. 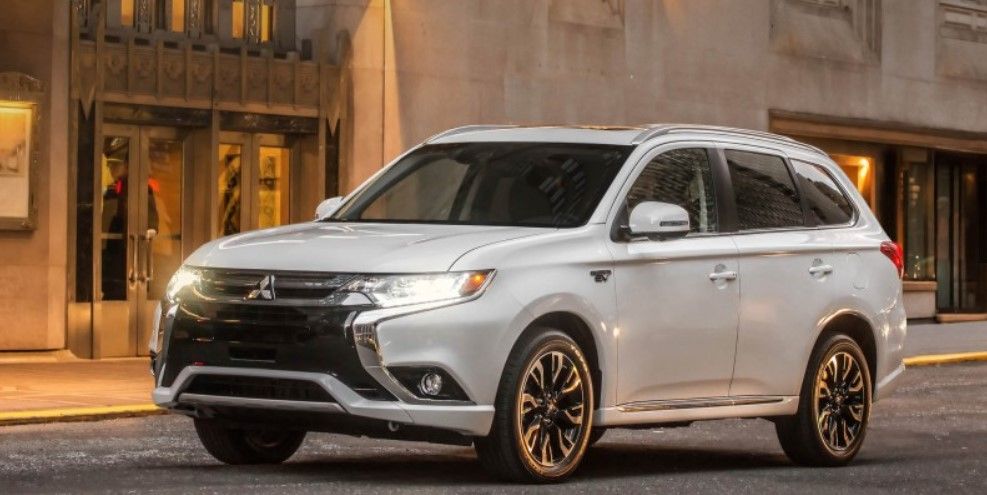 The first of these is the fact that the car is not available for sale just yet because they said that the first orders will be delivered in the fall of 2016 when there are a lot of other manufacturers that have hybrid or electric models already out.

On top of that, the projected price of the PHEV Outlander is around $40,000 which is a lot more than most people are willing to pay for a car in its class.