Despite the fact the A5 has been first released back in 2007 and since then it only received minor updates, it still is one of the better selling cars in its class and this shows how good the car was designed in the first place. However, while it still is a good car, it is no longer great considering today’s standards which means that Audi will finally replace the model.

The upcoming 2018 Audi A5 Coupe is going to be an entirely new model based on their new MLB Evo platform which also underpins the latest A4. This new platform will allow Audi to shave up to 220 pounds or more from the car’s current weight and it will make for a more rigid and lighter chassis at the same time.

Inside the cabin, the new 2018 Audi A5 Coupe is definitely going to share most of its interior with the A4 but this time around it is also expected to get some parts from the larger A6. The dashboard and digital instrument cluster will be the same as those on the new A4 but the car’s infotainment system, center stack as well as most of the finishing touches are going to be more similar to those found on the A6.

Just like before, while the coupe will be the base model, a sedan as well as a convertible are also going to be made available in the future. Thanks to the newer platform, the passengers inside the cabin will benefit from more space as well as a lower driving position which should allow the driver to better connect with the car.

Design wise, while the car will be more of an evolution rather than an entirely new model, it will also share a lot of its design scheme with Audi’s latest models such as the A4 or the Q7. This means that the rather round body will move to a more angular design. In the front it will likely benefit of the same design as the A4 with only minimal changes but in the back it will get an entirely new design with new tail lights, a cleaner-looking bumper and rectangular exhausts for the higher end models.

Under the hood of the 2018 Audi A5 Coupe we are very likely going to see the exact same engines that can be found in the newest A4. The 1.4 liter turbocharged mill will likely not be offered but the 2 liter inline 4 turbo offering between 187 and 248 horsepower will be offered as standard in Europe while the US version will get the more powerful versions. A 2 liter turbocharged diesel with 150 or 190 horsepower as well as a 3 liter V6 diesel with 218 or 272 horsepower are also going to be made available.

The higher end engines will only get Audi’s quattro all wheel drive system while only the base engines will be front wheel drive and only in Europe. A new 10 speed DSG gearbox is expected to be released for the first time on the new A5 but a 6 speed manual or an 8 speed automatic are also likely going to be offered in certain markets.

Also, read about Audi A9 concept! 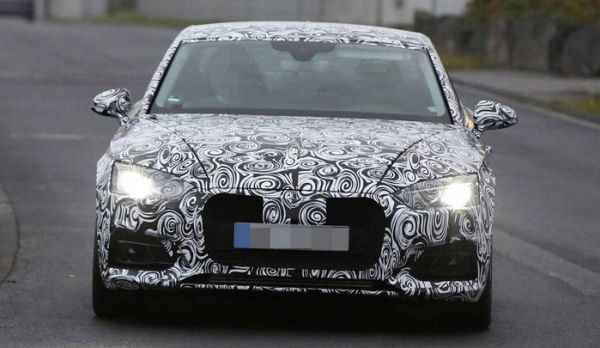 The car will most likely be released in the first part of 2017 and it should go on the market later the same year. The price is still unknown but chances are that it will cost roughly the same as the current model, meaning that the base car will start at just over $40,000 while a fully equipped model will be priced closer to $70,000.

In Europe the car will be similarly priced but here more engines and also options are going to be available.

If we would have to say what company is currently managing to improve their current models most, the only pick …