Not too long ago Porsche released the Mission E concept car which proved their electric technology and what they plan to do on a future electric vehicle. However, mostly because of its rather futuristic design not many people thought that the car would be released on the market as a fully fledged model. Well, just a few months after it has been released, Porsche already named the development project and they are working on a car to be released and sold on the market, most likely as a competitor for the Tesla Model S.

The 2017 Porsche J1 EV is the car’s development name and at this point in time there are very few details about it. However, we do know that the car will most likely follow the design scheme of the concept car while also borrowing some traits from the Panamera.

Also, unlike some of their other models, this will be a fully electric vehicle and it will be based on an entirely new aluminum platform which will allow Porsche to keep the weight down while not impacting negatively the way it drives or feels on the road.

Engine wise, the 2017 Porsche J1 EV will not use a conventional internal combustion engine. Instead, the production model is expected to be powered by two or four electric motors, one in each wheels for the four wheel drive version and one in each rear wheel for the lesser version. All engines will likely be identical which could mean that each one of them could offer up to 150 horsepower and more than 250 lb-ft of torque.

In any case, the car should easily be able to hit more than 250 miles of all electric range and the best part is that Porsche will release an entirely new fast-charging system which will allow them to charge up to 80% of the battery in less than 15 minutes which would become a record. Some people also suggested the possibility of only using two larger engines, one for the front and one for the rear. This would decrease production costs and it would allow it to offer a similar amount of power but a slightly lower efficiency.

Design wise, it still is unclear how the production model of the car will borrow from the Mission E but we do think that the four-door coupe-like design will be kept as well as the low and wide body. However, the rather futuristic front end or unusual wheels will likely be ditched completely in the favor of something a bit more Porsche-like that could come from the Panamera. A station wagon is also a possibility considering that most of its batteries and motors will be kept inside the chassis.

On the interior, the 2017 Porsche J1 EV will likely feature some of the design of the concept car and this became clear once Porsche released the pictures which looked very similar to a production car. The slim center console and the rather minimalistic design should be kept but the car’s seats will be improved with similar units to those found in the Panamera super-sedan. 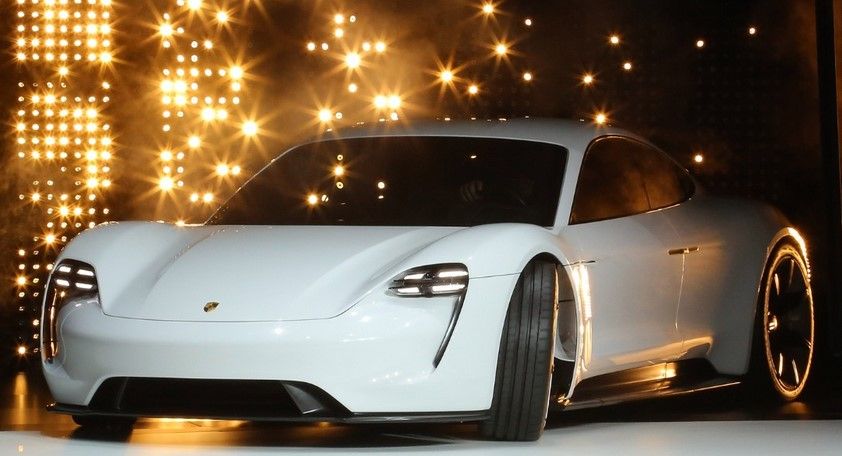 The production model is expected to be showcased next year but it will only get on the market closer to 2019 or 2020.

In terms of price, the J1 electric vehicle could cost more than $150,000 for a fully fledged model but a lower end car with less power and likely less feature should be available for less than $90,000 in order to allow it to compete with the Model S.